Glastonbury is famous for the Tor, dominating the town and surrounding countryside and the music festival that passes through the area in a bustling frenzy for two weeks each year. However there is much more to this small town.  Walking along the high street is an experience of eclectic individual shops and equally interesting people with a hint of the mystic on every corner. Ancient wells and the abbey with stories of King Arthur and Guinevere are still very much alive and flowing. Tradition has it that Glastonbury is the ancient Isle of Avalon where King Arthur lost his last battle, an idea that may never be proven.

This article contains affiliate links meaning I may earn a commission if you make a purchase by clicking on a link (at no extra cost to you) Learn more.

Above the town of Glastonbury is the Tor. It can be seen for miles around including from King Alfred’s Tower on the Stourhead Estate over 30 miles away. The hill rises 158 metres above the surrounding flat Somerset Levels and is a combination of ‘natural hill’ and man made terraces. Many believe there is a hidden cave under the hill through which you can pass in to the fairy realm of Annwn. Whether or not this exists two wells that arise from the base of the Tor run with very different coloured spring water. The Chalice Well has very deep iron rich red waters and less than 100 meters away is the White Spring with its sweet tasting calcium rich white water. It is also believed that Joseph of Arimathea travelled to Glastonbury and left the Holy Grail in the area and later returned with Jesus while collecting precious metals from the area.
On top of Glastonbury Tor is a lonely tower. This is all that remains of the 14th Century church of St Michael that had replaced an earlier church destroyed in an earthquake.
From the Tor it is possible to see out across the Somerset Levels to Dorset and Wiltshire as well as across the Bristol Channel to South Wales as well as the steep Mendip Hills. It is a fantastic location to watch the sunrise or sunset and is a focal point for many Pagans and Christians.

Tucked down a little street, away from the bustle is a little secret which is tranquility amid the madness. Glastonbury Abbey has been on the site in a variety of forms since the 7th century, primarily as a monastery. The monks drained the marshes surrounding the town and farmed the area. They built a number of structures in the area including the Abbot’s Fish House at nearby Meare, the only surviving monastic fish house in England.
Over the years the Abbey was added to and modified as the fires and fashions of time took their toll. However during the reign of Henry VIII, somewhere between 1536 and 1541 the monasteries were broken up and the buildings and land were handed over (or taken) by the Crown.
The Abbey today is surrounded by the town with high walls protecting it from the madness of everyday life. The ornate beauty can still be seen in the stonework.  Now ruined the love that was carved into the stones over 700 years ago is still there.  With myths and legends surrounding this landscape the Abbey has its own mystical stories and feel.  Are King Arthur and Guinevere resting here or is it a story from the Dark Ages…

Glastonbury is a small town with a number of eclectic shops and small cafes with a New Age focus. Wandering around is the best way to explore with a small Mural Trail that will take you around the town. The main places to discover are the Market Cross at the corner of the main street, St John’s Church that is located halfway up the High Street and the smaller roads close to the Abbey. There is also the Somerset Rural Life Museum that takes you on a journey through the life of the town and surrounding villages. Hidden down a small alleyway opposite the Abbey are the small Almshouses and St Margaret’s Chapel, once a hospital that was built in 1444.

Many people want to visit Wearyall Hill which is just a short walk from the centre of town with views across to the Tor. A small tree, the Glastonbury Thorn grows on this hill and was said to have originally blossomed from the staff of Joseph of Arimathea. He arrived, weary (hence Wearyall Hill), planted his staff in the ground and it immediately blossomed and then continued to blossom each Christmas and Easter. However, various acts of vandalism mean this small thorn tree is now no longer growing happily on the hill. If you do want to see the Glastonbury Thorn in all its glory there are a few around town including one in the grounds of Glastonbury Abbey.

Glastonbury would not be complete without the music festival that takes places each year. Despite its name it doesn’t actually take place in the town but a few miles away near the village of Pilton. During the festival period the town is very busy on arrival and departure days with diversions in place. If you are arriving in the town in late June, check dates of the festival. Heading to the top of the Tor during festival week will allow a fantastic overview of the site and the scale of the festival.

Photographing Glastonbury Tor and the Town

Glastonbury Tor is one of the iconic places in the South West of England to photograph and it is perfect for sunrise, sunset and general daytime photography. There are so many vantage points of this landmark that it is impossible to list them all here so just the easy access sites are listed.

This is the classic view of Glastonbury Tor with the town in the valley below. When there is fog on the levels during the spring and autumn the Tor can often be seen above the cloud from Wearyall Hill. This will give a distant view of the Tor with a wide angle lens or use a longer lens to get the details of the tower. It is a good place at sunrise as it shows the Tor in the north east with the sun rising to one side. The hill is short walk from the town centre along the main road towards Street on the Roman Way.

Glastonbury Canal and the River Brue

To the south of the town on Kennard Moor Drove and the Butleigh Road are a number of drainage canals as well as the River Brue. This gives a clear view of the Tor and the canals can be used as the foreground for a different photograph. For both of these locations you will need to park in the small laybys and walk along the side of the waterways until you find the composition you want. Just be aware of cattle in the fields!

This is the final location with easy views of the Tor. This location is a country road to the west of the Tor. It gives a clear view of the Tor and is the best location for capturing the full moon rising behind the Tor. It can be a shortcut for locals so do keep to the wide verges and be aware of where you are.

From Glastonbury Abbey the Tor can be seen over the back wall of the grounds. Standing by the fishpond you will be able to see it rising behind. The Abbey is fantastic for photography with the ruins being surrounded by gardens, trees and well kept grounds. Between the Abbey and the Tor is the Chalice Well and White Spring. Whilst the tor can’t be seen from either of these, they do provide a chance to take some lovely detailed photographs of the wells and the surrounding secluded gardens.

The Walk to The Tor

On the walk up to the tower, there are a number of photo opportunities depending on the route you take. There is a wide sloping path that leads directly up to the tower and this can be used as a focal point in your photograph. There are also a number of other trails up to the Tor that have glimpses of the Tor through the trees which can be used to frame the tower. Look out for the small trinkets and marks on gate posts along the way.

Photographs from the Top of the Tor

Once you reach the top of Glastonbury Tor there are lots of options for photography. The obvious one is the landscape across the Somerset Levels and on foggy mornings this can be absolutely beautiful. At certain times of the year the sun can be captured through the archway of the tower and even in the middle of the day, the arch of the tower can be used to frame the landscape beyond.

Glastonbury and the Tor is quite difficult to reach using public transport. It is located about 30 miles from both Bristol and Bath with a regular bus service and the nearest train station is Castle Cary about 15 miles away.
Driving to the town is much easier with the main A39 connecting the A37 to Bristol and the A36 to Bath. There are a number of car parks in the town and from here it is easy to walk around the town.
It is tempting to drive to the Tor but the roads are narrow and there is no easy parking around the base of the Tor so it is much better to park in town and walk the short distance to the start of the path.

If a tour is easier for you with limited time then there are plenty of options from walking tours of the town to a mystic King Arthur themed tour of the South West of England.

Have a look at the options and BOOK here

Places to stay Around Glastonbury

Glastonbury is a beautiful town to stay in and the surrounding countryside is rural with farms and small villages that also have accomodation. There are a number of options for a range of budgets and many have a view of the Tor. remember that if you plan to visit in late June the music festival is taking place at Pilton and most AirBnB’s in the area will be booked early. 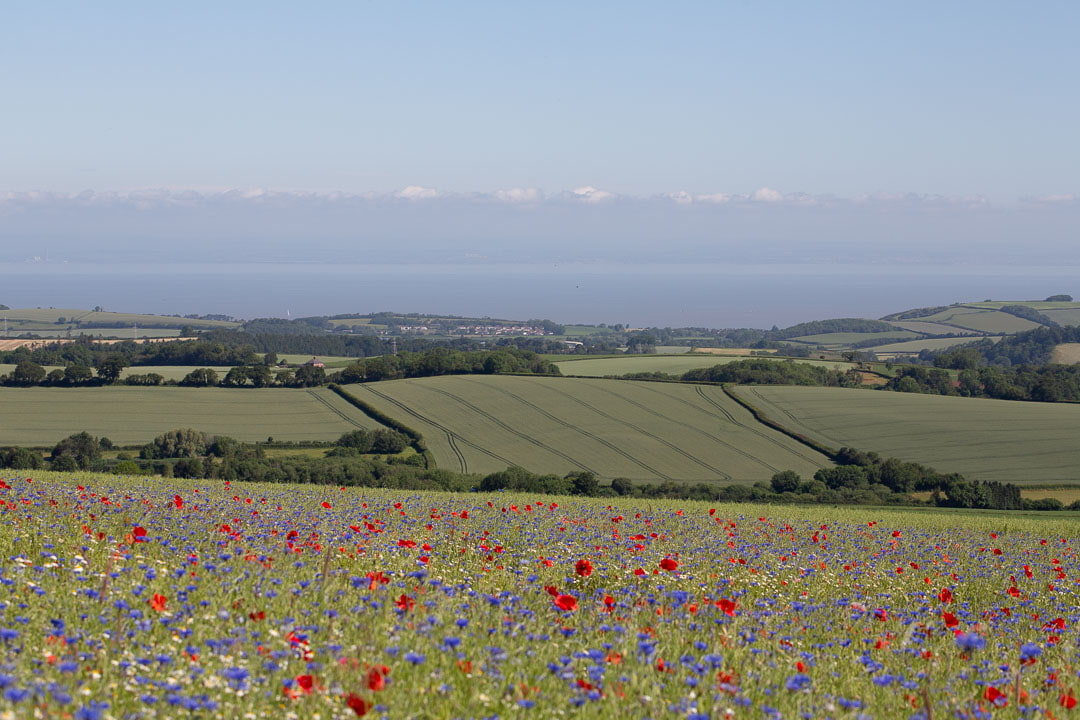 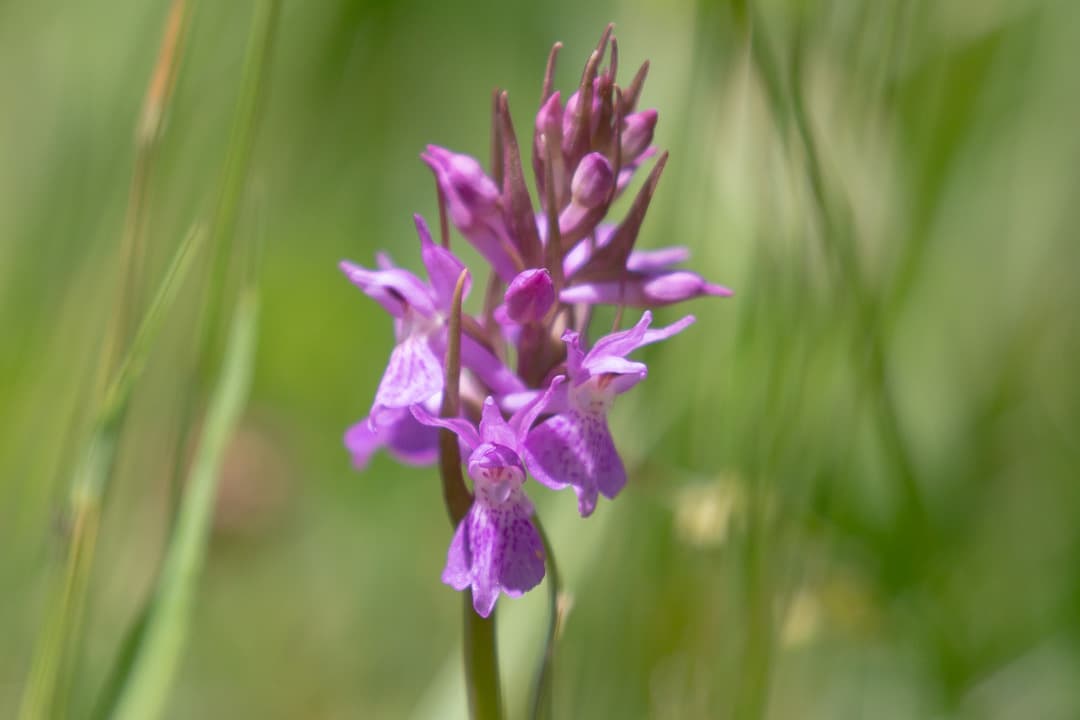 How To Visit Shapwick Heath in Somerset 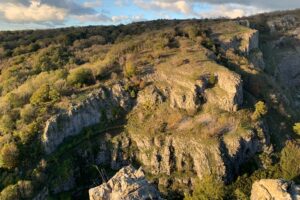 A Slow Travel Guide to the Mendip Hills, Somerset 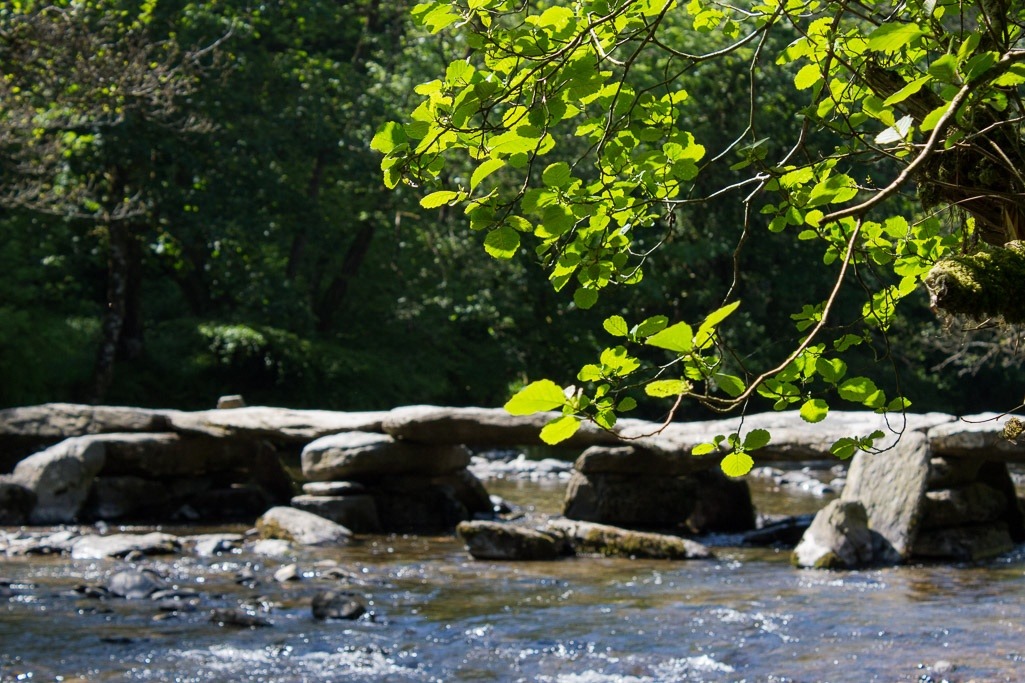