Aperture priority mode on the camera allows adjustment to the depth of field of a capture – how much of the subject is in focus.  Adjustment of the aperture can blur the background surrounding an object while keeping the object itself in focus.  This is affectionately known as ‘mush’ in my photography world.  Mushy backgrounds are the name of the game in a lot of wildlife and nature situations – mush in front and behind to get rid of distractions.  Think about those beautiful images where the bird is beautifully sharp but the area behind it blurs into a gentle colour. This isn’t photoshop magic, it can be done with your camera and a few settings.

The aperture is the part of the camera that lets light in and makes the picture.  The bigger the hole (aperture) the more light that gets in, the smaller the hole the lower the amount of light let into the camera.  The aperture is known as the f-stop or f-number. F-stop comes from what it is describing! The size of the hole or aperture as a fraction of the focal length of the lens. Confused? Don’t be!  Just remember the larger the hole letting light in (aperture), the smaller the number.  They appear to be odd numbers, this is just because of the maths involved with working out the fractions!

The f-stop will control the depth of field – how much of the image that is in focus.  In some situations you will want the whole image in focus, such as a landscape and others you want just a single object in focus.

A landscape at f/2.8 will look very different from the same scene taken at f/16. The lavender fields at Snowshill in the Cotswolds provides the perfect example of how aperture can alter the appearance of the landscape. At f/2.8 a narrow area of lavender is in focus. At f/16 the lavender field as well as the house and the fields beyond are in focus.

Different lenses will have different minimum and maximum f-stop and this will determine how much you can play.  The maximum aperture size will usually be found on the lens itself. This can range from f/1.4 all the way up to f/32. To explore the effects of aperture size I found a snowdrop, all on its own.  This was the perfect subject as it was in the sunlight (mush looks better with light reflecting off the background) and the background was a decent distance from the flower head.

To make things easier your camera will have aperture priority mode. AV on canon cameras and A on Nikon. This will be selected from a round dial on the top of the camera body. This means you can adjust the aperture size but leave the other parts of the exposure to the camera to figure out. This works really well while you get to grips with what aperture does. You just need to be aware that as the aperture decreases the amount of light reaching the sensor decreases so you will need a longer shutter speed to compensate. You don’t need to do anything other than realise that your shutter may stay open longer as you decrease the aperture size (increase the F-stop number) and you may need to use a tripod or support to stop shaking affecting the picture.

The effect can look even more defined if a longer lens is used, over 100mm it becomes really obvious, under 35mm and the effect is harder to make as you need to be really close to the object.  The camera was put to Av mode and the aperture set to f/2.8.  Everything else was on auto and the camera was on a tripod.  The first shot was taken and then using the appropriate dial the f-stop was altered to f/32 and a second exposure was made.

These are not the best images in the world as there was a gentle breeze wafting the snowdrop around but the effects of the aperture can be clearly seen.  The background is blurred at f/2.8, but clearer at f/32.

Having your camera and the object really close together can also change how things appear. The closer the camera is to the object, the shallower the depth of field. This can make things really difficult if you are trying to photograph something very small, very close to the lens. In these situations you need to decide on what is your primary focal point and make sure that is pin sharp, accepting that everything else may be blurred. 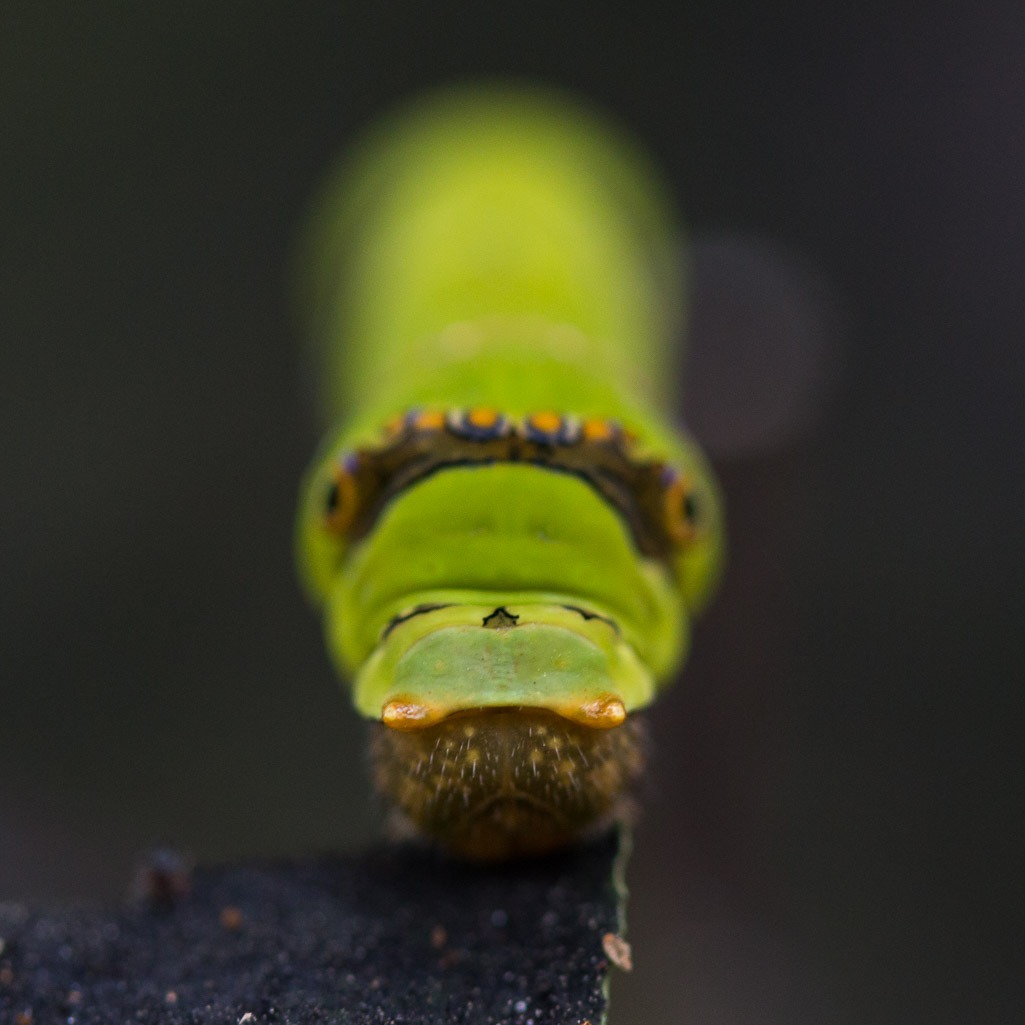 Aperture Size and Other Settings

Aperture size and shutter speed are linked. To get a picture that looks the same, if you make the aperture smaller you will need to adjust the shutter speed to allow more light in. This can be a bit complicated to start with, which is why I always suggest start with aperture adjustments only and when you understand that start playing with shutter speed at the same time.

The mush at f/2.8 has shapes and these are indicative of the shape of the aperture and is known as bokeh.  This can be used to make amazing images with lots of sparkle.  The images below show how the most boring subject can become interesting with a small f-stop and lots of light and reflective surfaces behind.  In the first image the hexagonal shape of the aperture is really obvious, something that can be used to give even more effect.

Smaller compact cameras don’t always let you adjust the aperture size as you may want to. If you want a blurry background, make sure to set the f-stop as low as it will go. This may be f/5.6 or f/6.3. Remember what I have said about getting a distance between your object and the background. If you do this, then you can instantly start to blur the background even with a higher f-stop.

If you can’t set the aperture on your camera then setting portrait mode will allow some blurring to happen. In some of the newer camera phones taking the photograph in portrait mode will tell the camera that you want the background to be blurred and you can select the amount of blurring afterwards in the editing mode of your phone.

more out of focus =

Camera Basics: Tone in Photography – Shades of Grey and exposure in Auto mode

How to Photograph Geysers in Iceland

How to Photograph Icelandic Horses

When is the Best Time of Year to Visit Scotland? – A Photographers Guide
We use cookies to ensure that we give you the best experience on our website. If you continue to use this site we will assume that you are happy with it.OKNORead more